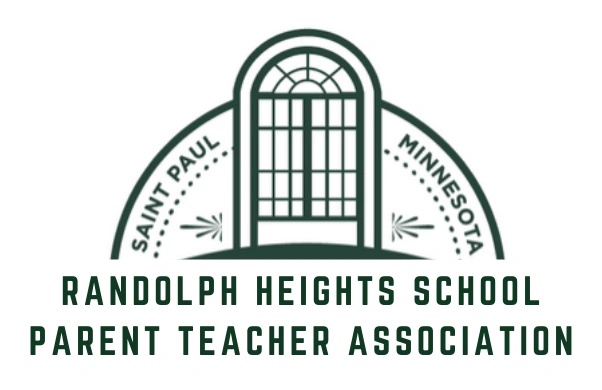 Randolph Heights Elementary School is the longest running neighborhood school in Saint Paul. It was originally opened as Randolph Heights School in a temporary location on the corner of James and Syndicate in the fall of 1914, created as one of the first acts taken by the newly-formed St. Paul City Architect’s Office which opened on June 1, 1914, and served children in kindergarten through eighth grade.

The current building was designed by the first City Architect of Saint Paul, Charles Hausler. The plans for the design were published in April 1915. The current site, at 348 Hamline Avenue South, was acquired for $7500 in 1915, and the building permit to build the school was issued on September 20, 2015. It cost $101,356.27 to construct the building, a huge sum for the time, and was considered “St. Paul’s Model Schoolhouse” when it opened. This was intentional: the St. Paul Bureau of Education at the time intended RHS to serve as a “model for all new elementary schools in the city,” with one story buildings, skylights, and modern amenities throughout.  “Ultimately only two other schools, Como Park and Lafayette, would use the Randolph Heights Floor Plan.  Lafayette School construction was delayed until 1923, after Hausler had been forced from his job.

In describing the building, the St. Paul Daily News called it “St. Paul’s first and famous one-story school building," and noted that “its fame has already spread beyond the city limits. It is predicted it will be the center of interest of the educational Northwest.” Designed in the Beaux Arts tradition and modeled after schools Hausler had visited in California, the school has originally constructed had “eight classrooms, an auditorium, a library, a kindergarten, a swimming pool, toilet and shower bathrooms, offices and rooms for teachers and school nurses.” The building was lauded for the amount of light coming in through windows and skylights – “which almost make the building into one huge photographer’s studio” – and the fact that the building was “absolutely fireproof.” The newspaper gushed that “there is probably not another job of building so complete in details and so well constructed.”

Randolph Heights School opened on September 13, 1916, along with all other St. Paul Public Schools that year, in the midst of a polio epidemic. And while the building itself opened on time, construction was not without its hiccups. By the end of September 1916 the building was still without heat: “The heating plant has not yet been completed and the only heat in the building is supplied by the sun and one large fireplace in the kindergarten room.” Nevertheless, the St. Paul Daily News reported that children were attending anyways, going “to school every day, and have had their lessons assigned. If the temperature permitted, they have stayed, and have sat about the kindergarten fire reciting their lessons.” Teachers reported for duty, “wearing sweater coats throughout the coldest days,” and in the afternoons, when the sun shone warmly, the school building has been fairly well crowded with children.” The newspaper even noted the tradition of academic excellence has been a part of Randolph Heights since its very first days: “on the whole the lessons have not suffered much, for all the children are trying to see whether they can set a scholarship record in their new building.” In the end, “despite polio scare and lack of heat,” 275 children were enrolled at Randolph Heights by the end of September 1916, up from 168 in the previous, temporary building.

The City Architect who followed Charles Hausler, Clarence “Cap” Wigington, who was the first African American city architect in the United States, is often attributed with having designed Randolph Heights. This is a myth – Wigington did not pass the civil service exam until a month after the design was published. “Assigning Wigington a clear role in any of these projects is problematic because the design process for each was well underway before his employment at the City Architect's Office.  In fact, attributing designs of individual buildings to any particular draftsman on the City Architect’s staff is risky business at best, for the City Architect himself had ultimate responsibility for all design work emanating from his office.  The problem of attribution during Hausler’s tenure is compounded by the absence of any documentary means for determining who might even have assisted in the creation of construction documents.  Only Hausler's name appeared in local press notices on new city buildings, and the working drawings provided no place for draftsmen's initials.” While Wigington worked on Como Park Elementary, modeled after Randolph Heights, he never claimed any credit for working on RHS.

Randolph Heights School, in line with nearby Randolph Avenue, is named after William Randolph (1651-1711), a prominent colonist and landowner who helped found the colony of Virginia. His grandson Peyton Randolph served as the first and third presidents of the Continental Congress, and his great-grandson was John Marshall, the fourth Chief Justice of the United States Supreme Court and the Justice who established judicial review in United States Courts. William Randolph also counted President Thomas Jefferson among his descendants. Jefferson Avenue, which intersects Randolph Heights, is named for President Jefferson.

Randolph Heights was expanded in 1921 and 1923, and the swimming pool was never used; instead, the pool was later covered up and the room has been used for other purposes since.